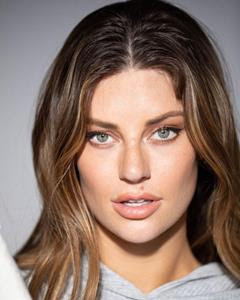 LOS ANGELES, July 14, 2022 (GLOBE NEWSWIRE) — Ryan Kavanaugh’s Proxima Media announced that internet personality and actor, Hannah Stocking has joined the cast of upcoming horror flick, SKILL HOUSE. The film stars social media phenomenon and TikTok star, Bryce Hall and features UFC veteran, BKFC and AEW star Paige VanZant, and global hip-hop icon, 50 Cent, who is also serving as a producer through his G-Unit Film & Television as well as Neal McDonough who most recently had major roles in Yellowstone, The Arrow, The Flash, Residential Evil, Van Helsing, and many others.

The first installment in the R-rated next-level horror film franchise, SKILL HOUSE is a saw-like take that breaks into the phenomenon of social media fame and culture, SKILL HOUSE offers an unflinching depiction of “clout” and explores the new phenomenon of “influencers”, their fame and what they are willing to do to attain it. The Los Angeles-based film, which is being primarily shot in the original “Sway House,” looks at the world of social media and pushes the limits when “clicks” and “clout” become life or death literally, with Emmy-winning special effects artist Steve Johnson (GHOSTBUSTERS, BICENTENNIAL MAN, SPIDER-MAN 2) delivering some of the most realistic guts and gore fans have seen.

Hannah Stocking is a multi-talented creator, internet personality, actor, and host whose meteoric rise in digital entertainment, and eventual crossover into traditional media, has been spearheaded by her unique brand of comedy, one that is often elevated by a blend of humor and science content and now boasts over 50 million followers combined across all of her platforms. Stocking’s credits include Tyler Perry’s no. 1 movie BOO 2! A MADEA HALLOWEEN and SATANIC PANIC. She has also starred in an episode of Stories From Our Future, a series of shorts produced in collaboration with Netflix’s Black Mirror and has even appeared in music videos including Hard 2 Face Reality by Poo Bear ft. Justin Bieber, and Electronica as well as Find Me by Marshmello.

“Just as this film is the first of a new genre of horror, social media personalities like Bryce and Hannah are a new genre of celebrity. We are breaking creative boundaries and career boundaries here,” explains director Josh Stolberg. “Hannah has dynamic talent and encompasses everything this project is about – internet fame and the evolution in the entertainment industry. We are thrilled to have her joining our cast.”

The project is financed and controlled by Proxima Media, owned and operated by Emmy, Grammy, Oscar, and Tony nominated mega-producer Ryan Kavanaugh. It is written and directed by horror film legend Josh Stolberg, co-writer of horror films such as SPIRAL: FROM THE BOOK OF SAW (starring Chris Rock and Samuel L Jackson), JIGSAW, PIRANHA 3D, SORORITY ROW, as well as the next SAW film (tentatively titled SAW X). Through his G-Unit Film & Television, Jackson will also produce alongside Kavanaugh, Alex Baskin, and Lifeboat Productions’ Amy Kim and Jaime Burke. Daniel Herther, who oversees production and creative development at Proxima, will serve as executive producer alongside Jason Barhydt and Bobby Sarnevesht.

About Hannah Stocking
Hannah Stocking is a multi-talented creator, actress, and host whose meteoric rise in digital entertainment, and eventual crossover into traditional media, has been spearheaded by her unique brand of comedy, one that is often elevated by a blend of humor and science content. A social media powerhouse, she boasts over 50 million followers combined across all of her platforms, including 7.8 million subscribers on YouTube. Her YouTube channel, which amassed one million subscribers in less than five months, has accumulated 2.1 billion lifetime views with an array of content. She has also amassed over 26 million followers on TikTok and 22 million followers on Instagram.

Stocking regularly pulls from her background as a double major in chemistry and biology to insert an extra element into her content. Stocking has employed this signature style when developing several original science-based series. She, most notably, teamed up with ATTN: to create a series of informative videos that presented everyday concepts, such as crash dieting and the teenage brain, in an easily accessible and entertaining manner.

Her talent and charisma shine in traditional mediums, as much as they do online. She joined E! News as a guest correspondent for their coverage of the 2017 Grammy awards. She made her big-screen debut in Tyler Perry’s no. 1 movie BOO 2! A MADEA HALLOWEEN and followed it up by landing a role in the 2019 Chelsea Stardust-directed SATANIC PANIC. She also starred in an episode of Stories From Our Future, a series of shorts produced in collaboration with Netflix’s Black Mirror.

Her career has earned her outstanding features from PAPER Magazine, GQ Thailand, Modeliste Magazine, and other publications for her ability to express herself through beauty and fashion as a digital creator and entertainer. She was honored with the Women’s Entrepreneurship Day’s Pioneer Award, the first digital creator to earn the distinction.

Stocking is managed by John Shahidi and Sam Shahidi of Shots Studios.

About Josh Stolberg
Josh Stolberg is a writer, director, and producer responsible for some of the most popular horror films today, including JIGSAW, PIRANHA 3D, SORORITY ROW, and most recently, SPIRAL. He has written films for Netflix, Disney, Lionsgate, and more. He is currently writing a Dwayne Johnson actioner at Netflix as well as the next installment of the popular Saw franchise.

About Lifeboat Productions
Amy Kim and Jaime Burke are award-winning producers with over 20 years of diverse experience. They have produced original content for all the leading streamers and studios with their most recent credits, including the upcoming series Surfside Girls for Apple+ and Amazon’s Undone. Kim got her producing start with the Academy Award Winning Short Film, WEST BANK STORY and served as Head of Production for Michael Eisner’s digital studio Vuguru before forming Lifeboat Productions with Jaime Burke in 2012. Burke started her film-producing career with such titles as THE POSSESSION OF MICHAEL KING and the indie horror classic, THE PACT. This is their second collaboration with writer/director Josh Stolberg.

About Proxima and Ryan Kavanaugh
Founder of Proxima Media, the controlling shareholder of Triller, Ryan Kavanaugh is one of the most accomplished, prolific, and honored executives in entertainment industry history. Using an intelligent model of film finance, he was dubbed the creator of “Moneyball for movies.” He produced, distributed, and/or structured financing for more than 200 films, generating more than $20 billion in worldwide box office revenue and earning 60 Oscar nominations. He is the 25th highest-grossing film producer of all time. His productions include Fast and Furious 2-6, 300, Social Network, Limitless, Fighter, Talladega Nights, Step Brothers, and Mama Mia! Kavanaugh and Proxima pioneered an innovative finance deal for post-bankruptcy Marvel, making the studio and finance structure that led to Marvel Cinematic Universe. He built the SVOD (streaming) category with Netflix, which boosted that company’s market capitalization from $2 to $10 billion. Kavanaugh is the co-founder of Triller, one of the three fastest-growing social media apps. He recently led the acquisition, merger, and re-launch of the social media and music app.

He also created the powerhouse television company, now known as Critical Content, producing hit shows like Catfish on MTV and Limitless on CBS, which he sold for $200M. The company had 40 television series across 19 networks before its sale. Kavanaugh has earned several achievements and awards, from Variety’s Producer of the Year Award to The Hollywood Reporter’s Leadership Award, from Fortune’s 40 Under 40 Most Influential People in Business to Forbes’ Fortune 400, Billion-Dollar Producer by the Daily Variety and the 100 Most Influential People in the World by Vanity Fair. Proxima and Kavanaugh are repped by Neil Sacker.

A photo accompanying this announcement is available at https://www.globenewswire.com/NewsRoom/AttachmentNg/24aae164-2a42-42ff-84d5-912661b2aedd