Art of The Order of the Tormented Souls 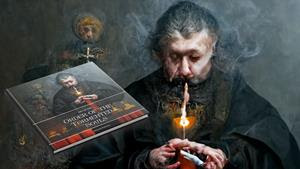 Art of The Order of the Tormented Souls

Art of The Order of the Tormented Souls is the first complete coffee-table artbook with AI-only generated art. The book was launched as a Kickstarter Campaign in July and will include hundreds of AI-generated pictures together with an immersive story about a long forgotten religious order.

“This book is interesting from two perspectives. One is that everyone has said that Artificial Intelligence will never be able to generate art and second that human and technology will work hand in hand as one creative force in this project. I think we will prove them wrong on the first point and surprise them how well this will work on the second,” said Magnus Malmberg, co-founder of RiotMinds.

For more than 20 years, RiotMinds has published fantasy and horror games and literature for a global audience releasing award-winning games and books. Art of The Order of the Tormented Souls is the first in a series of exclusive coffee-table books that will be launched under its new label Alternate Publishing.

“We are in the forefront of creativity with this project, and we are really excited to see where we can take it. If we are successful, this will be a new way of creating art”, concluded Magnus Malmberg.

About RiotMinds and Alternate Publishing

Headquartered in the domains between fantasy and horror RiotMinds is a games publisher, managed by a small team of creative talent to serve the international market with role-playing games and board games. The company has a long success of acclaimed and award-winning games and the main intellectual properties.

Alternate Publishing is a newly founded label under RiotMinds focusing on coffee-table artbooks. Image 1: Art of The Order of the Tormented Souls

Cozycozy is the Only Accommodation Search Engine That Now Includes Airbnb, Giving Travelers the Largest Selection of Vacation Rentals Possible