It is part of GSF’s global expansion plans, which will include M&As of greenfield projects. 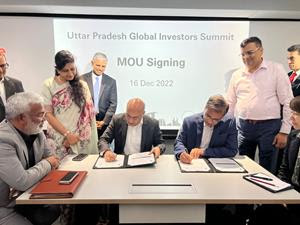 Recognised as the world’s most awarded school network with more than 450 international awards in Business and Education Excellence, GSF already has a network of 35 campuses across 11 countries. Its schools offer multiple curricula like International Baccalaureate, Cambridge IGCSE and Indian CBSE to nearly 32000 students of more than 70 nationalities.

The new investment in India is aimed to fulfill the massive post-Covid increase in demand from domestic communities moving across Indian cities, as well as relocating families from and into India. Many existing student communities from international regions across East Asia, Southeast Asia, the Middle East, Europe, the U.K. and the U.S. are relocating to cities like Mumbai, Bangalore, Chennai and Hyderabad.

GSF’s expansion will include Mergers and Acquisitions of greenfield projects into cities that also include Mumbai, Madurai, Noida and Nagpur.

“It is imperative that GSF takes necessary steps in investing to provide guaranteed admissions to such relocating students across its networks with zero disruptions,” said Mr. Atul Temurnikar, Executive Chairman and Co-founder of GSF.

The most recent step in this direction was the signing of a Memorandum of Understanding between Noida Authority and GSF with support from Enterprise Singapore, a division of Ministry of Trade and Industry-Republic of Singapore. The MoU commits to the investment towards new international schools that will offer International Baccalaureate and Cambridge IGCSE education in addition to CBSE.

In the last 20 years, GSF schools – like Global Indian International School and One World International School – have ranked high for their results in IB exams, with 96 students having scored World Topper (45/45) and Near Perfect Scores (44/45) in the IB Diploma exams. Over 800 students have scored A*s and As in seven or more subjects in Cambridge IGCSE.

GSF students receive offers from world’s leading universities, including some of the Ivy League colleges such as Oxford, Cambridge, Harvard, UC Berkeley and others, and every year over 150 universities from around the world visit school campuses for career guidance to students. Its 2500 faculty members undergo extensive and continuous training and development programmes in skills and subject-matter expertise.

GSF has only recently celebrated its 20th anniversary with much fanfare. 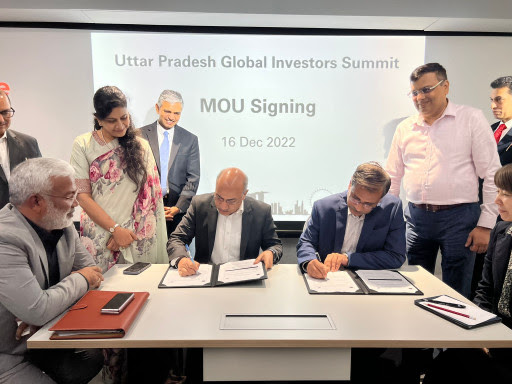 Signing of MoU between Noida Authority and GSF representatives in Singapore recently, for new international schools to be set up in Noida.